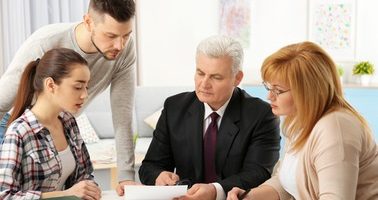 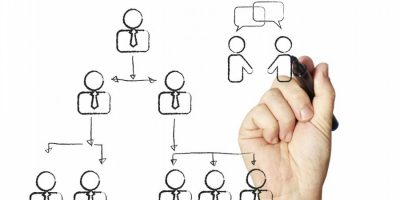 Family Businesses and the Transition to the Second Generation 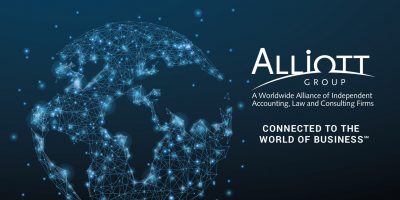 WE ARE MEMBERS OF WORLDWIDE ALLIANCE, ALLIOT GROUP

The  Act No. 26,427 (full text at Infoleg) regulates a mixed regime on training, work experience, and the actual work. It is the only regulation that provides for an agreement between an educational entity and other legal persons in which a contractual obligation is performed. Any such agreement falling outside the scope of this regulation is illegal.

The Educational Internships System is very specific and restrictive on the possibilities of hiring as “internship”, especially when compared with its predecessors. This modality was overused for years by some business sectors in order to commit labor frauds and, thus, avoid the payment of the corresponding social security contributions of their personnel, pay lower salaries, etc. It was a system that severely harmed the workers; therefore, the aim was to limit it as much as possible — according to some doctrinarians, it was “too limited”.  The following considerations have emerged from the analysis of the text of the present law. We understand they are the most interesting points, but the full text can be consulted at the link mentioned above.

Section 2 defines “educational internship” as “the set of training activities carried out by students in companies and public bodies, or private companies with legal capacity, strongly related to the curricular proposal of the studies undertaken in educational institutions, which are recognized as an experience of high educational value, without binding force”. This means that if any of these requirements are not fulfilled (it must be an educational job related to the degree plan and with pedagogical value), the relationship between the parties will not be considered as internship and it will fall under the scope of the Labor Contract Act as an employment relationship for an indefinite period of time, running the risk of not being duly registered (if the employer believes it is an internship when it is not, it would be the most probable case) and facing fines for unregistered work established by Laws No. 24,013, 25,013, 25,323 and related provisions.

It is striking that the Act provides that only “companies, private bodies and private companies with legal capacity” can hire workers under this modality. Beyond the redundancy and the technical weaknesses of the text, the possibility for non-profit organizations and other legal entities to hire under this modality is not specifically established. The Section does not clarify whether it is a limited list, and there is no logical reason for it to be, but given the restrictive spirit of such Act, it could be argued in that regard — although it is true that there are numerous cases of organizations and other types of companies that hire interns and do not have any problems.

According to the present Act, full compliance with the provisions is vital, without possibility of errors if serious legal risks are to be avoided. The 10 requirements listed above are inescapable for a company to legally hire an intern. In the hypothetical case that any of the requirements is not fulfilled, you would run the same risk as if not complying with Section 2 (labor lawsuit for undetermined labor relationship in addition to the fines for unregistered work). Moreover, it is important to distinguish between the “incentive compensation” and the salary — while the purpose is similar, their social security contributions are radically different and they have clearly different tax treatments. It is important that the payroll manager is skilled in these matters in order to avoid pre-establishing evidence against the company for negligence or incompetence, as it may happen if the incentive compensation is paid to an intern with the usual contributions of a salary.

Section 13 establishes one of the most important and characteristic restrictions of the internships: the working hours and duration of these contracts. They may last from 2 months to 1 year (with the option of renewal for 6 months) with up to 20 working hours per week. Interns cannot work overtime and any excess of the limits mentioned in this Section will be considered as an ordinary employment relationship, with all the terms and conditions above-mentioned. This is one of the points where the Enforcement Authority is more severe.

With regard to the accessory obligations of the companies, Section 14 refers to the locations in which the tasks are performed and states that all interns must be protected under the Occupational Hazards Act (this must be accredited to the educational institution). The end of Section 15 refers to health insurance. Interns must be included in the company’s work risks insurance without exception. Failure to comply with this point may result in fines established by the Enforcement Authority (as well as non-compliance with the provisions for Health Insurance).

Section 15 determines the incentive compensation amount to be paid to interns; an amount of money (non-remunerative) that will be calculated on the basic salary of the collective bargaining agreement applicable to the company, and which must be proportional to the working hours of the internship — in the case there is more than one applicable agreement, the most favorable for the intern will be taken into account; for activities that do not have a collective bargaining agreement, the Adjustable Minimum Living Wage is used.

The impossibility of any type of agreement as internship would cause the interns to be considered as unregistered employees of the company receiving their services. This entails a series of risks, whether it is during an inspection of the Secretary of Labor, or in the event of any litigation initiated by a worker. In the first case, a record must be made with the list of all the offenses detected and a fine will be determined by the Enforcement Authority. The second case will be decided in a labor lawsuit by the competent judge.  In this regard, we provide a brief summary of the consequences that may arise in each case.

iii. Immigration violations (if any). This type of offenses should also be communicated to the Argentine Migration Office, which may sanction the company and deport the intern.

viii. LCT, Section 275: Interest rate up to 2.5 times higher than that of official banks.

xii. Failure to register for ART: Regardless of the sanctions applied by the Enforcement Authority, the employer bears unlimited liability for any injury the worker may suffer.

The concept of “international interns”, which is increasingly recurrent these days of globalization, deserves special mention. The most interesting cases are those involving foreign students wishing to enter training programs in companies of the country (since in the opposite case, our internships law would not be applicable because it is a contract to be executed abroad, according to the rules of Private International Law). These cases are completely beyond the provisions of the Argentine Internship Act, since at the time of its sanction what was sought was to limit the abuse of the institution and these cases were a minority. Unfortunately, it seems appropriate to conclude that these potential interns (in theory) could not be considered as such due to the failure to make provisions for their reality within the law — it is regrettable that, despite being a relatively new law, it is outdated at least in this regard. There would be, however, forms of remediation, depending on each particular case.

Regardless of the points above mentioned, internships contracts (both between companies and interns and between companies and universities) have many details that contribute to the writing. It is for this reason that, once it is decided that it can be implemented for a particular case, we recommend contacting a professional with experience in the drafting of this type of agreements (it is necessary to provide for competitions, selection proceedings, vacancies, etc.). Family Businesses and the Transition to the Second Generation

WE ARE MEMBERS OF WORLDWIDE ALLIANCE, ALLIOT GROUP